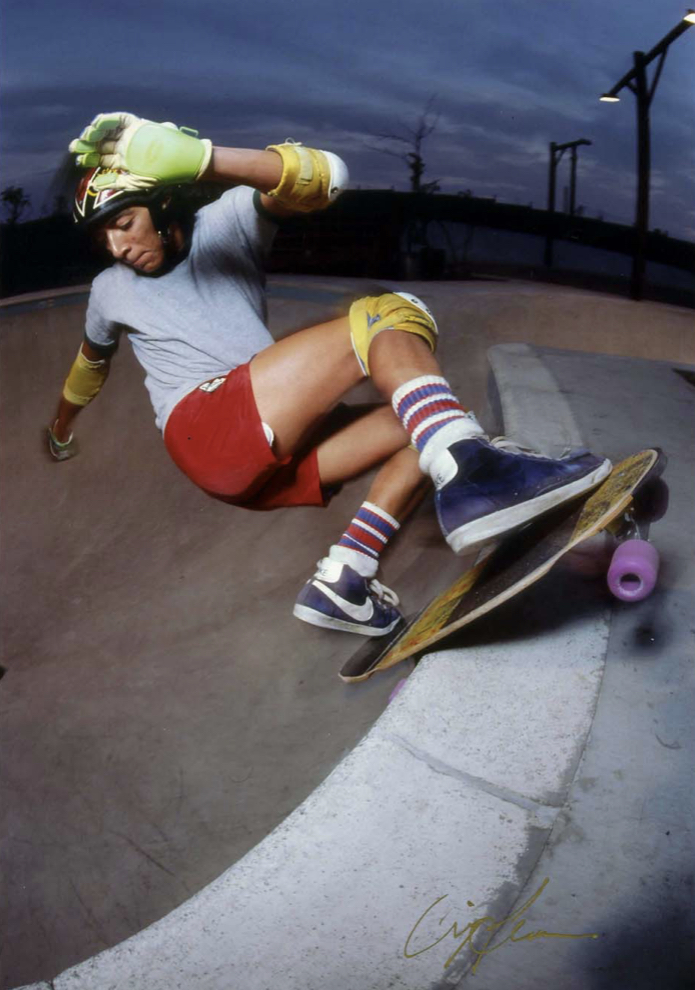 As a kid growing up in Los Angeles, California, Jerry Valdez experienced a rough home life, which forced him to live on the streets from age 8 to 18. Whenever Jerry actually did go to school, he excelled in gymnastics, and he started skating on a Black Knight around 1969. By 1974, he had graduated to a Bahne with Cadillac wheels and was ripping the Viper Bowl in the Hollywood Hills. His first sponsor was a small brand called Kemo and not long after, Val Surf began to give him free equipment. Then John Baron put the Jer on the Pepsi team with super stars like Gregg Ayres, Stacy Peralta and Lonnie Toft. They got paid good money to push unhealthy sugary drinks and 360 Sportswear to school kids all over So Cal and, eventually, the whole U.S. Around this time, the Jer got sponsored by Bennett trucks and Alligator wheels. Well known as the inventor of the tail tap, Jerry was also one of the first to pull off a frontside rock ’n’ roll. In June 1977, the Sharp brothers started Skateboard World magazine, which prominently featured Jerry in its pages. He even made the cover of their September 1978 issue, which Johnny Carson showed off to millions of viewers on The Tonight Show.

At one point, Val Surf gave Jerry a pro model deck, and he designed the Endless Wave skatepark in Oxnard. Then a wealthy British man flew Jerry over to England on the Concorde super sonic jet to start a team for Arrow with Paul Constantineau, David Hackett and Kent Senatore. After 18 months of touring and partying over there, Jerry was asked by Scott Senatore to join the team of the see-through capsule-shaped Turning Point Ramp, with which they toured all over the U.S. Later, after his pro skating career ended, Jerry got into break dancing, appearing in videos for musicians such as the Gap Band and Lionel Richie, and in movies like Toy Soldiers and Interceptor. After that, Jerry got married, and entered the construction business as a licensed general contractor and building inspector. In 2012, Jerry started skating again for the “magic, freedom and astral surfing.” 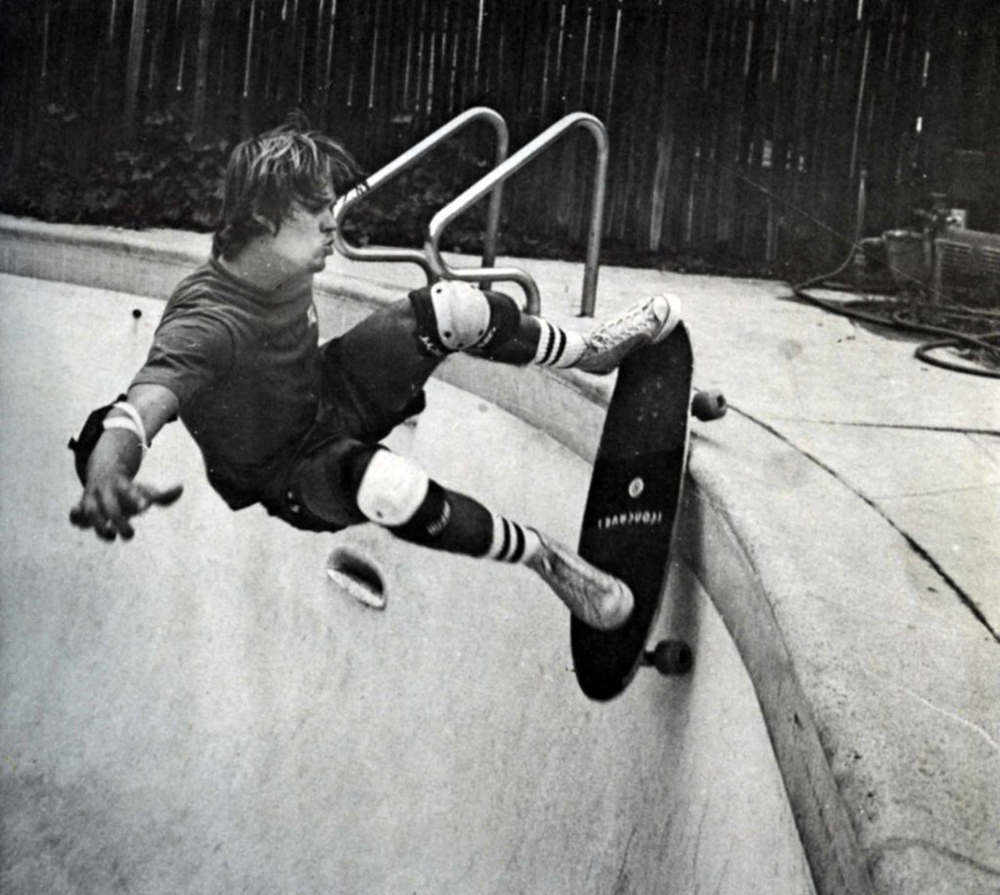 Find Chris on Social Media Chris Strople is widely recognized as one of the primary vert skateboarders of the late 1970s, inventing such basic moves as the alley-oop, and rock ’n’ roll boardslide. Chris was also among the first to pioneer bionic aerials. Born on February 5, 1960, in Pasadena, California, Chris started skating in … 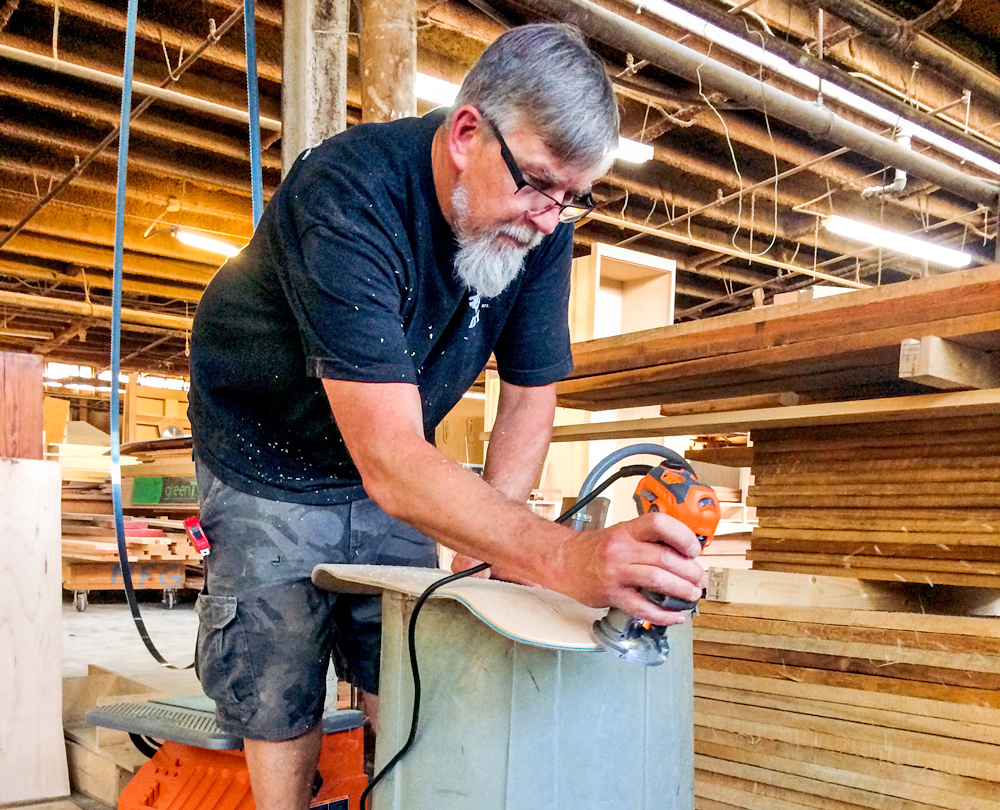 Find the Professor on Social Media Paul Schmitt has long been known as skateboarding’s professor. Inspired by his dad, who built sets for a college theater, Paul got into woodworking as a young boy, building tree forts and go-carts. He started skateboarding at age 10 in 1973 in La Crosse, Wisconsin. A couple of years … 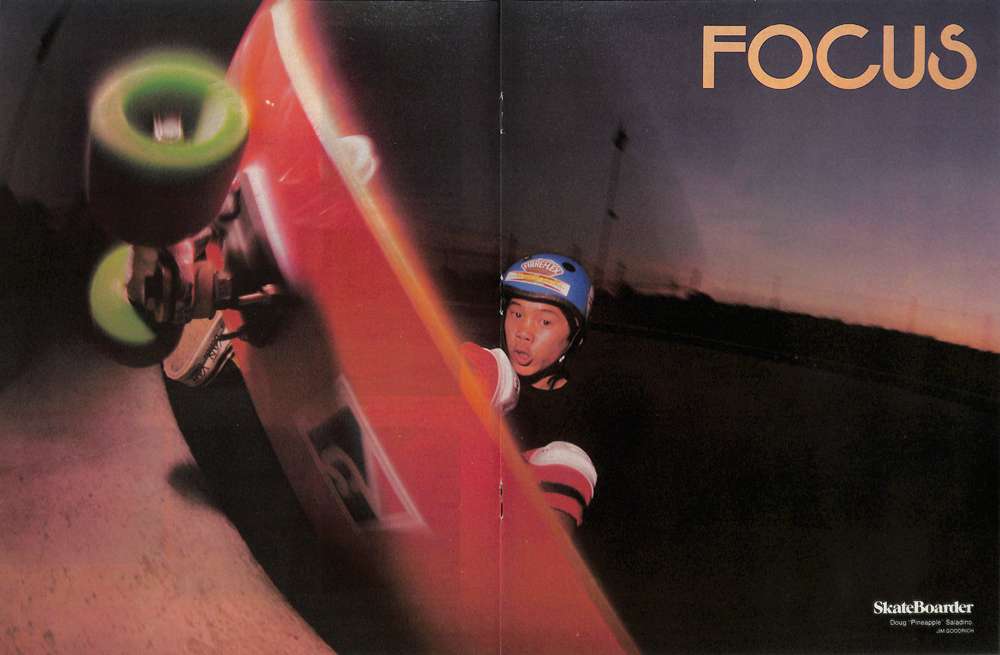 Find Doug on Social Media Douglas Keith Saladino was born of Filipino and Japanese heritage and raised in San Diego, California. He started skating in third grade on a homemade board his dad made him. When Cadillac Wheels came out in 1973, Doug began surf skating curbs and getting tubed under overhanging bushes. By the … 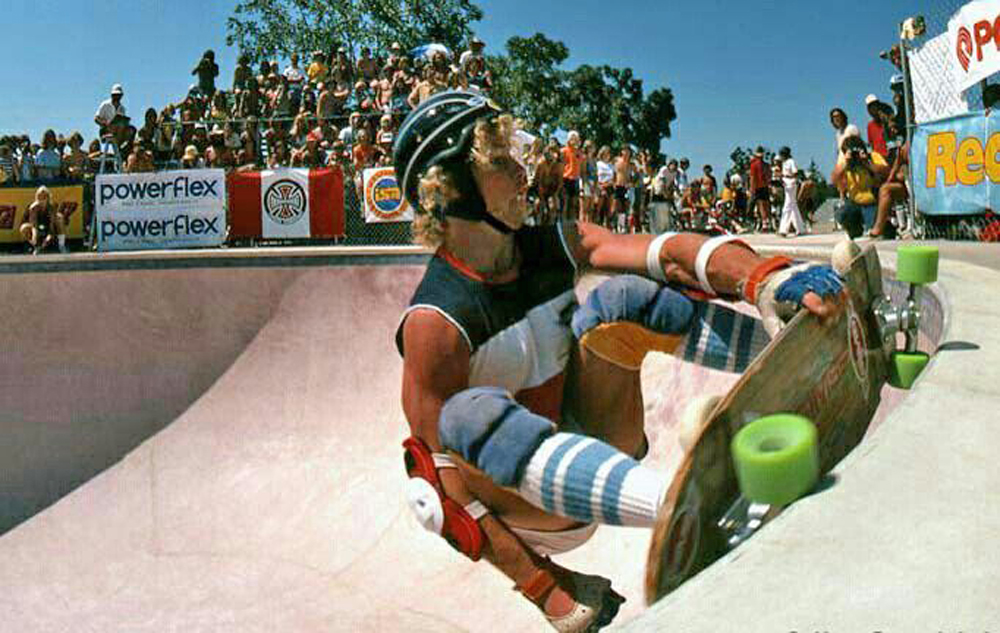 Find George on social Media George Orton was one of the most bio vert skaters of the late 1970s. Born in Long Beach, California, George was a hyperactive kid with ADHD who was always involved in school sports. At age seven, he discovered surfing and skateboarding on a Black Knight with clay wheels. Around 1974, … 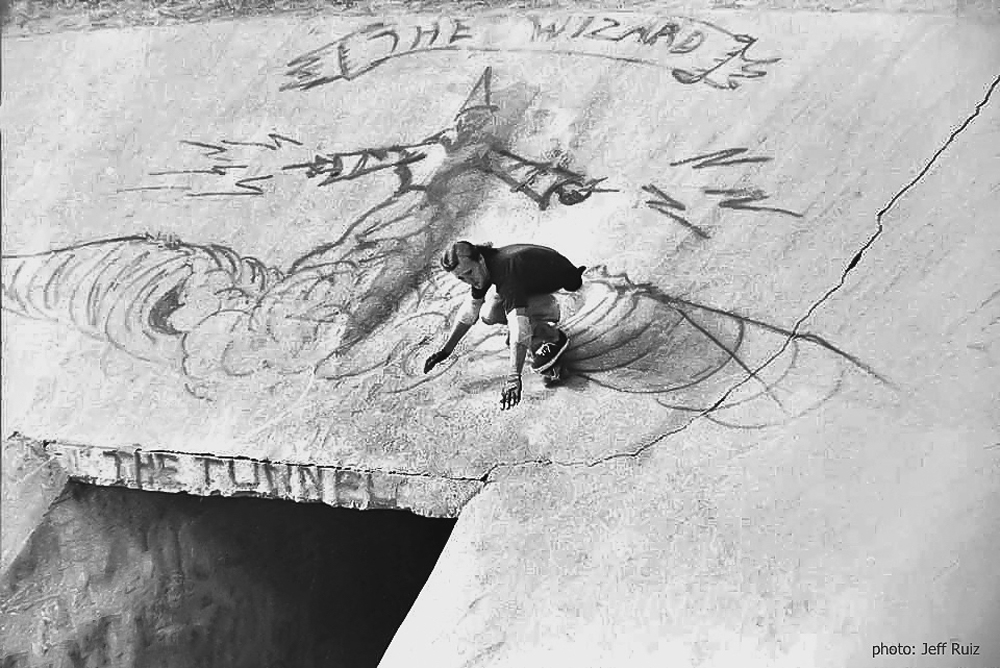 Find Ed on Social Media One of the top freestylers of the 1970s, Ed Nadalin was born in Ridgecrest, California in the Mojave Desert in 1955. He began skating in 1968 in Cupertino when he saw the Hobie team on TV. His first board was a Hobie Super Surfer with clay wheels. By 1975, Ed … 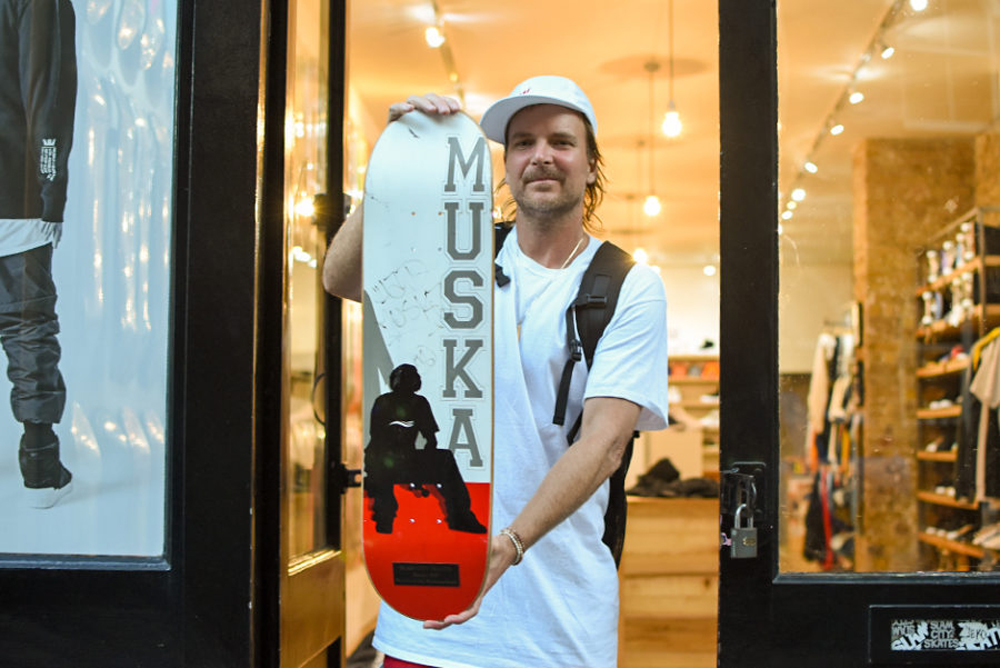 Find Chad on Social Media One of the most famous street skaters of the late 1990s and early ’00s, Chad Muska is as well known for his style both on and off the board, as he is for his involvement with the break dancing, hip-hop and graffiti scenes. Born in Lorain, Ohio, (near Cleveland), Chad … 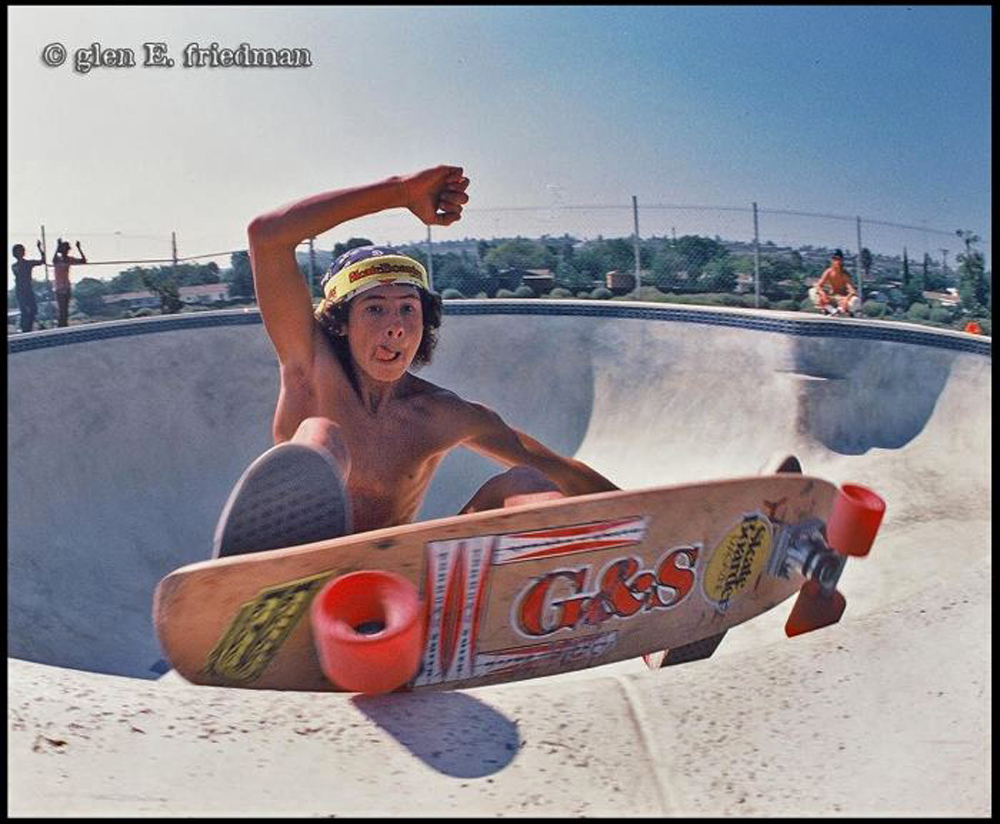 Find Dennis on Social Media Born in San Diego, California, Dennis Martinez started skating and surfing at age 10 on a red Roller Derby with metal wheels. Around 1974, Dennis was slalom racing at La Costa and practicing freestyle, eventually getting sponsored by Bahne. In 1976, he got into pool riding at the Soul Bowl … 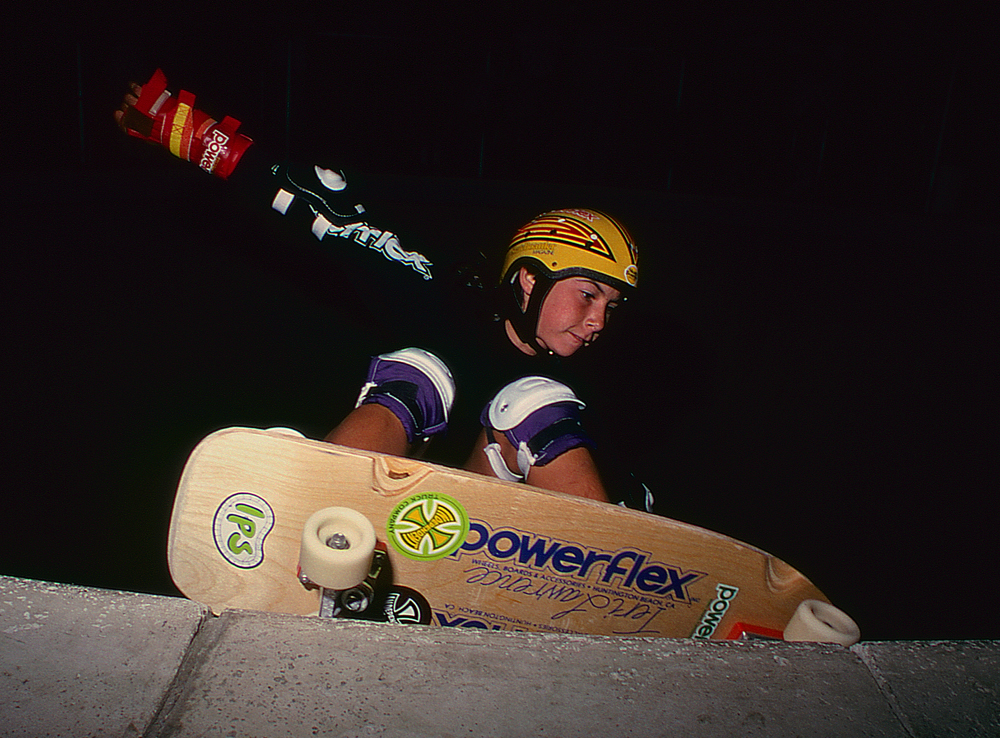 Find Terry on Instagram Terry Lawrence was one of the most hard-charging female vert skaters of the late 1970s and early-’80s. Born on July 2, 1962 in Long Beach, California, Terry started skateboarding when she was eight on a neighbor’s Roller Derby with metal wheels. Her first skateboard was a metal deck with urethane wheels … 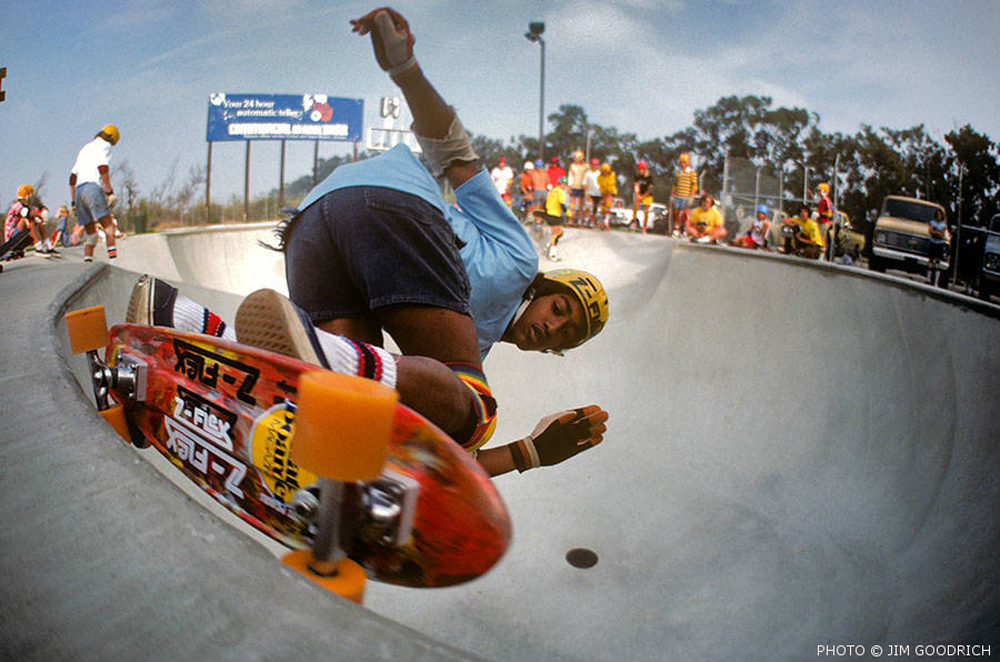 Find Marty on Social Media Known as the first black pro skateboarder, Marty Grimes started riding in the early 1970s in a rough area of Midtown, Los Angeles, California. In this environment, it was mainly skateboarding that helped him stay out of gangs. Emulating surfing on any surface that resembled a wave, Marty joined the … 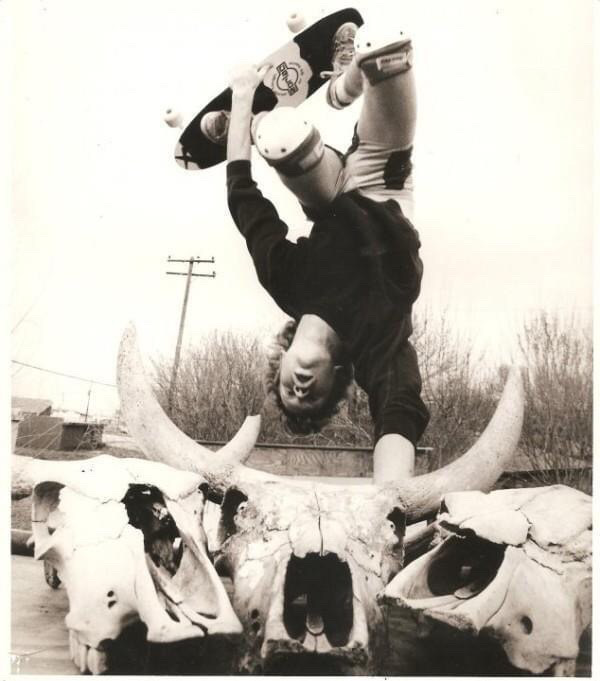 Find John on Social Media Texas pros like Craig Johnson, Jeff Phillips and John “Tex” Gibson were famous throughout the 1980s for their powerful skating, hard partying and friendly personalities. Born in 1964 in Houston, John Gibson grew up in nearby Pasadena, where he started skating in 1975. Not long after, a horrible park called … 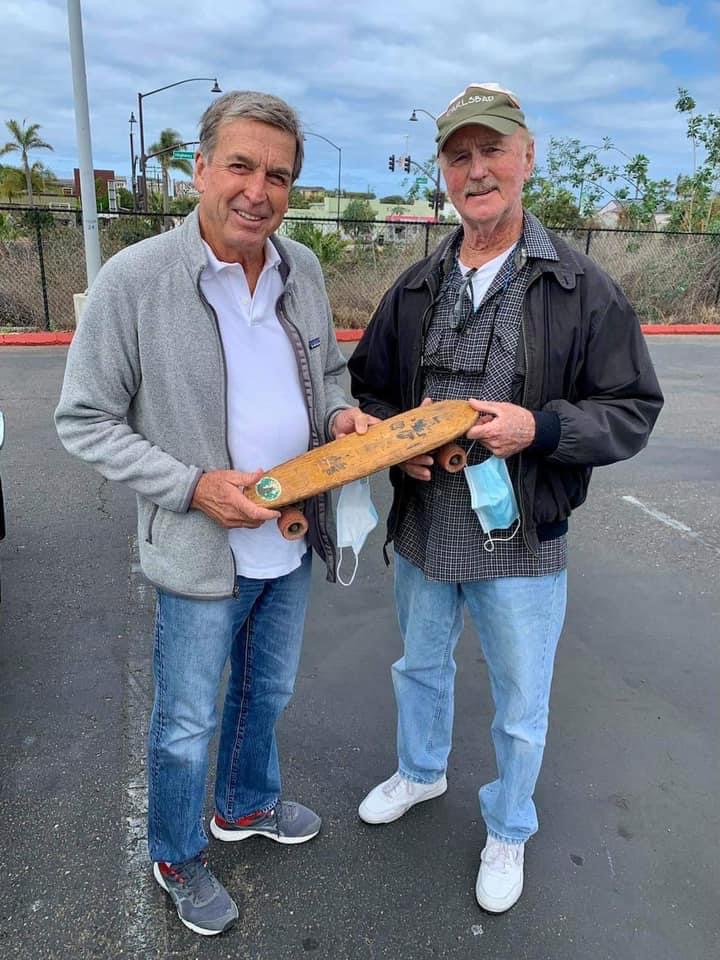 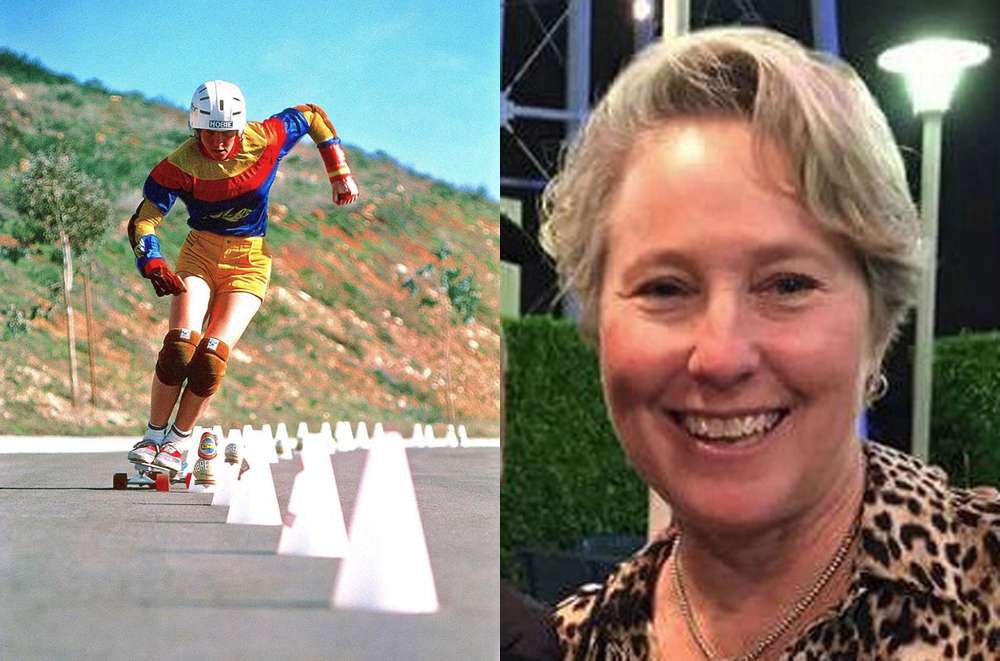 Find Deanna on Social Media Born in Inglewood, California in 1959, slalom icon Deanna Calkins started skating just two months before she graduated from South High School in Torrance in 1977. Soon after, she discovered the slalom course at Skateboard World in Torrance, which came to her naturally. Employing a parallel ski stance, Deanna was beating everyone on … 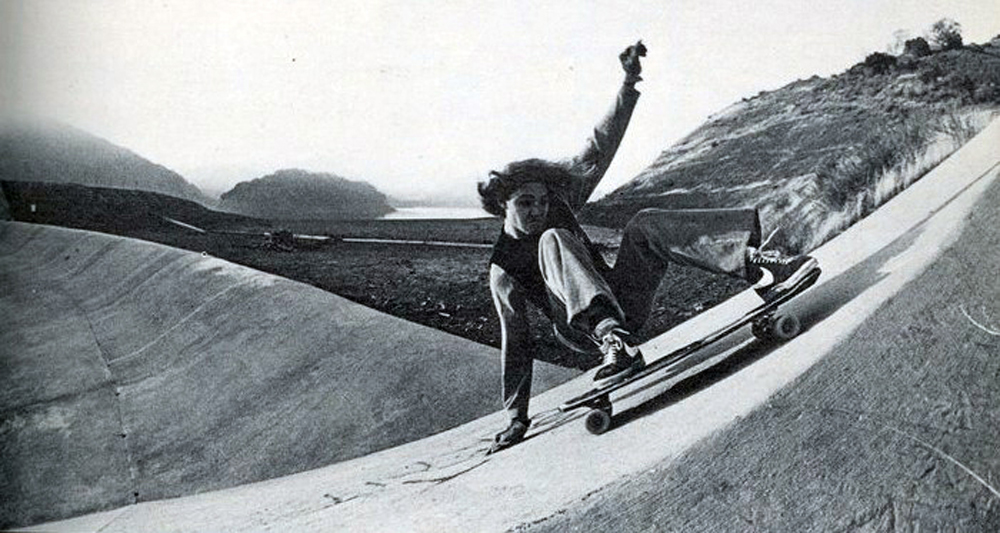 Find Rick on Social Media Skateboarding’s rude bad boy, Rick Blackhart grew up in San Jose, California, where he first started pushing wood way back in 1969 on a Black Knight with metal wheels. In 1975, he turned pro for Tunnel, and by the next year he started ripping the gigantic 30-foot diameter Bombora full … 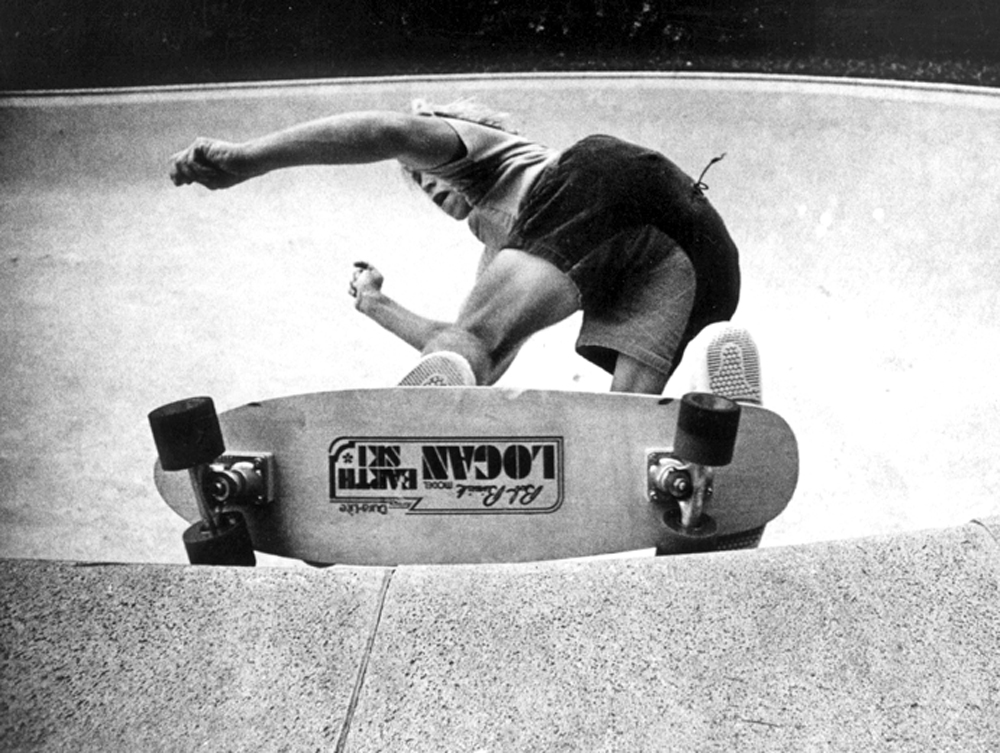 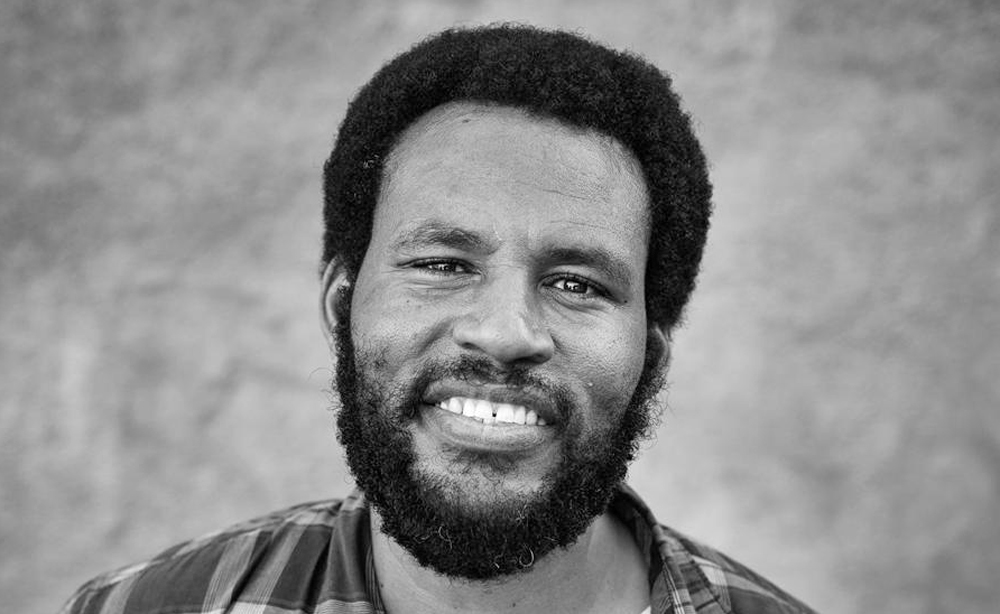 Follow Ray on Instagram With smiles for miles and a loose, flowing skating style, Ray Barbee is simply one of the most beloved pro skateboarders to have emerged from the late-1980s and early-’90s. Born in San Francisco, California in 1971, Ray started skateboarding at age 12 in 1983 when his friend Danny got a Variflex …

When most people think about early pool riding, the Dogtown crew immediately comes to mind, despite the fact that skaters in other areas like the Badlands, the San Fernando Valley and San Diego were also doing their part to advance bad-assery in bone-dry backyard basins. Unbeknownst to many, Long Beach was also an early hot … 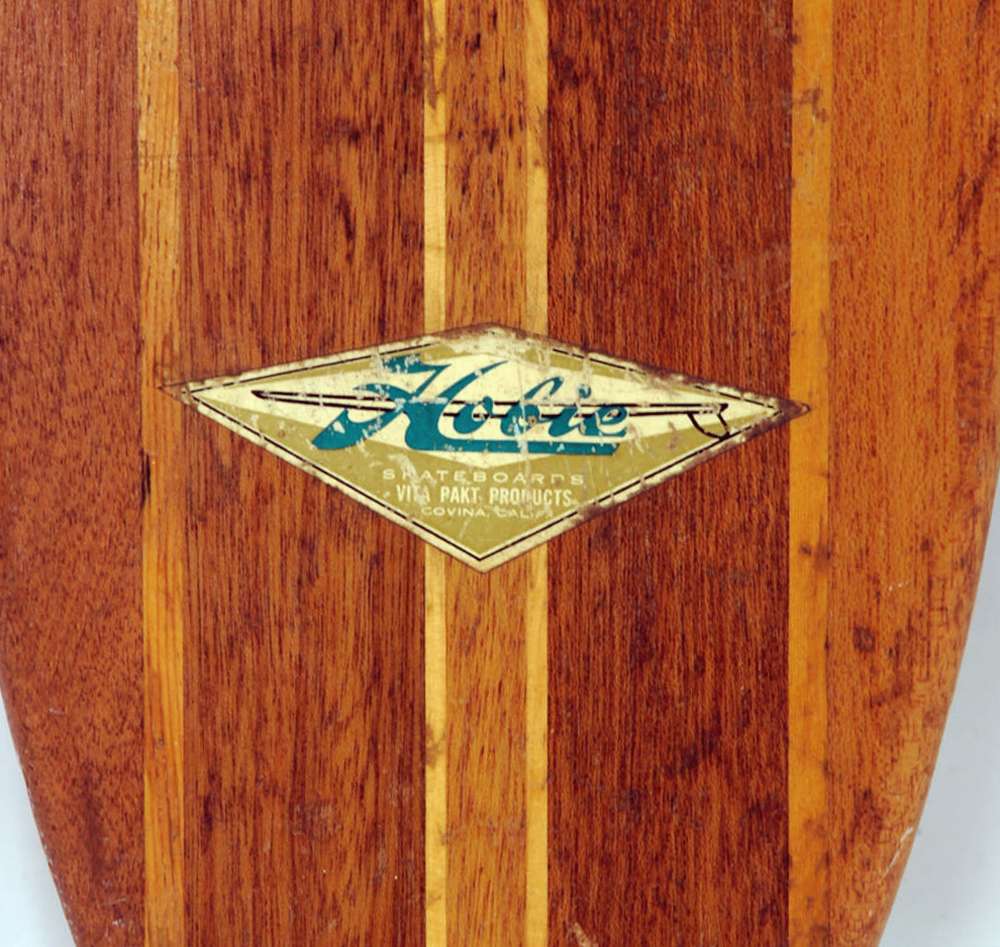